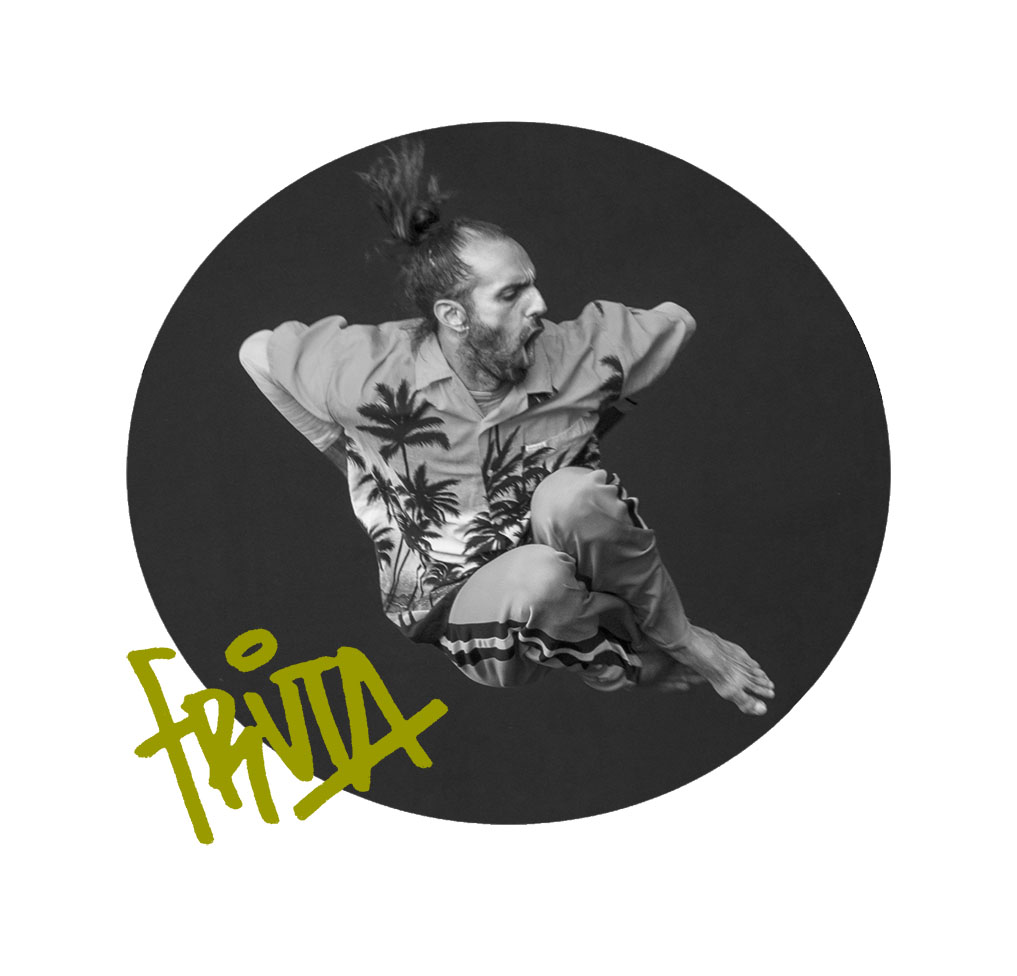 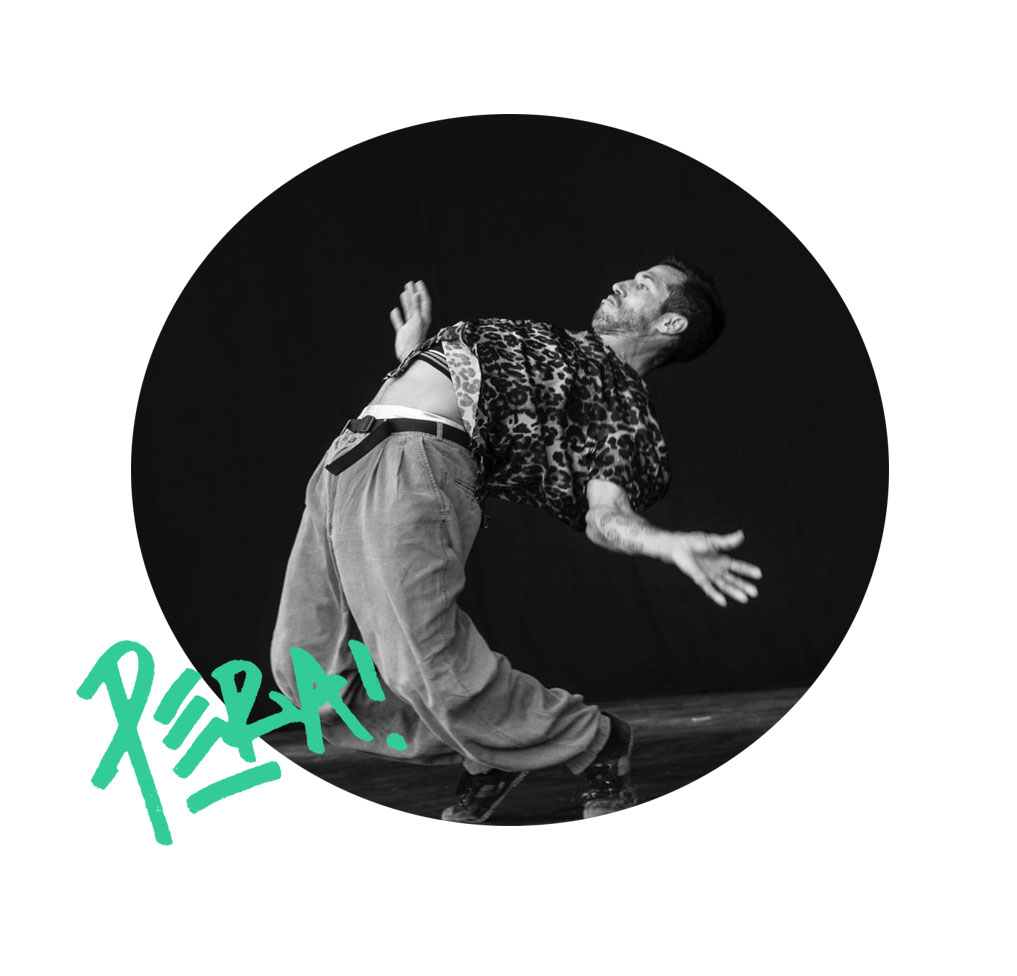 32 springs old, 195 centimetres tall and 78 kilograms in weight make up the person also known as Fruta. Born with a pencil under his left arm with which he grew up painting and drawing everything around him and under his right arm he brought a desire of flying. Sometimes he was sad due to not being born with wings. He was an athlete in pole vault and he flew over 5 meters. Combining this with his art studies after some time he decided to bet on the artistic lifestyle and nowadays he flies through dancing and his personal projects. Elenigmadelafruta was the first one, his vehicle of inspiration and vital cornerstone of his life. He started doing breakdancing when he was 13 years old and this was the starting point of his love for dancing.

After getting a master’s degree in Fine Arts in 2012 he decided to focus in performing arts so he enrolled for four years into Salzburg Experimental Academy of Dance (SEAD) where he widened his knowledge in the field, finding his way to be, to move and to make people fly. He graduated in 2017 and nowadays you can find him collaborating with institutions and characters like: Edivaldo Ernesto, Roberto Olivan, Francisco Córdova, Akira Yoshida, La Fura dels Baus, Descalzinha Danza o Ritual Productions. Combining this with Los Informalls and La Otra Familia.

He is an improvisation lover, in love with the risk that it creates and the way to solve unexpected situations and bring out his best under the pressure. He thinks we should all dance and improvise more, the world would be better!

Pere, Pera, Perón, La Pera Bailonga, Perete, Perrete and many more nicknames come with this character. Since he was a child his parents were juggling to handle the endless energy of an hyperactive kid. They found athletics, a sport that could finally make him a bit tired. He loved the feeling of running, flying and push the limits of his body and due to this he was Spanish Champion and International athlete for many years, but this wasn’t enough. He danced breakdance, he painted graffiti and he was trained as a parachutist to touch the clouds and the sky. He suddenly landed in the art field, a field where he felt free and his imagination could take over.

First he co-founded “Freak Riders”, a collective of crazy people dedicated to the art of  pranks around the university of Barcelona. After some times Emilio and Luis landed in his life and funded Elenigmadelafruta, a collective that allowed him explore the limits of his artistic view. Slowly he entered more and more in the field of performing arts and dancing. In 2015 he decided to start doing it more professionally and enrolled in “El Laboratorio” of Jessica Walker in Barcelona. This was his trampoline and since then he dedicates himself fully to the performing arts. He has worked with La Fura dels Baus, Physical Momentum, Iron Skulls Co, Ritual Productions and Los Moñekos among others and in combination the work of Los Informalls and La Otra Familia.