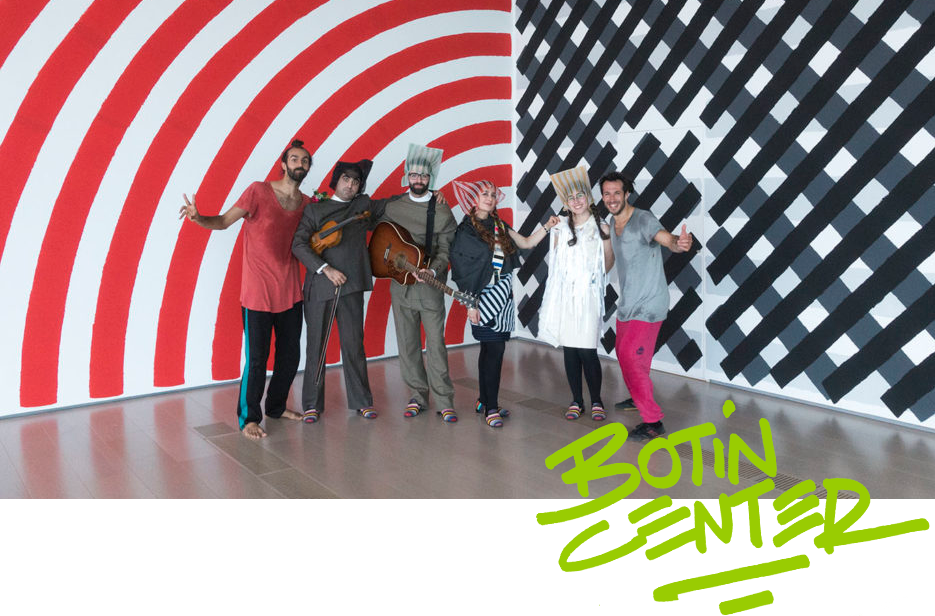 In the frame of the exposition “Amigos” of the British artist Martin Creed, which took place at Centro Botín in Santander during April and May 2019, we have been asked to collaborate as a “bridge” between the art work and the audience visiting the museum. Centro Botín brings on a special focus on education and outreach of art for the citizens by proposing particular guided tours for each and every exposition called “visitas experiencias”, visit experiences.

During two weekends our job was to lead one of these tours to allow the audience to “experience” the show of Martin from another perspective. We were guiding the audience in order for them to cross the line of the established by – using the words of the artist himself – “letting themselves be guided and carried, opening up their senses and enjoying a work that transcends the walls of the exhibition room”.

Matin Creed proposed a space and a performative musical act in which one could freely move and do what the body would ask for: sit down, walk around, dance, run or whichever action could arise inside of you. His work was based on listening to the inner self and taking decision according to some parameters he previously set, exactly how we were doing.