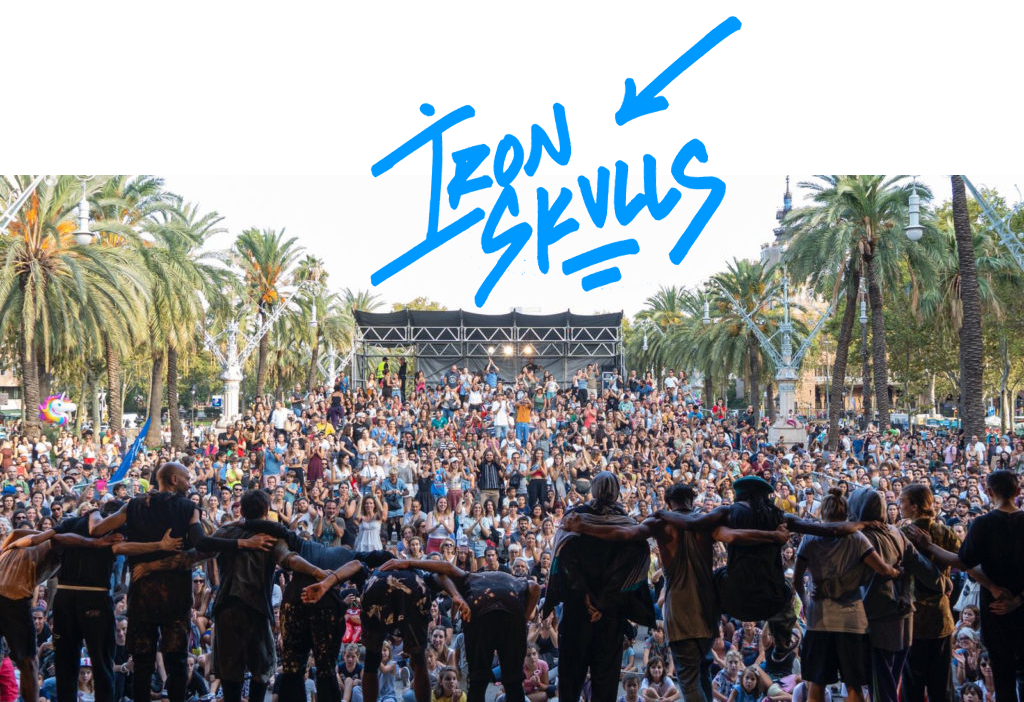 Iron Skulls is a contemporary dance company based in Barcelona which roots are to be found in breakdancing. It is formed by dancers coming from different places in Spain and it is known for its peculiar style reached by bringing together different disciplines and exploring the limits of physical movement.

After meeting them through different jobs a strong friendship grew between us and since then they have always been the first ones to trust and support our work inviting us in everything they do: for their anniversary “IRON MODVM” in Sat! Teatre, months after in Fiestas de La Mercé in Barcelona and then to the competition they organize called “NO LABELS”, an experimental crew battle in which there are no rules nor styles, everything is possible. We won it!